*Reen and I travelled to Bosnia. And this is our story, told by her: my friend who writes like the wind…

The year I chose menswear for my first day of school outfit (kelly green Gap V-neck sweater, oversized + suede loafers). The year of my second concert (the Violent Femmes). The year I went to summer camp and came home with a fleeting relationship with religion, but a permanent relationship with ma’ bestie. 1992: high school, Sun-in, Wayne’s World, and the start of the Bosnian War.

“I think we should go to Bosnia,” Shelby announced once our Croatia plan was hatched. I was… unconvinced. I was feeling a fierce loyalty to the sea, the marble, the way the syllables of Croatia (pronounced Crow-at-zee-uh by locals) melted in my mouth. Bosnia tasted… heavy. I remained unconvinced until the alarm rang early on the morning of our pre-arranged daytrip. Still unsure, I boarded the 7am bus and took a seat in the back, cranking up Robyn in my headphones.

The enduring light of the Adriatic Coast guided us as we left behind sun-dyed landscapes and drove into lush scenery. We stopped first at a sleepy village, home to a mosque on a hill surrounded by quietly beautiful ruins. We scrambled up the stone with few words, passing a moss-covered wall decorated with coin purses. The day’s heat began to settle. We covered our hair with borrowed scarves and stopped to watch the light catch inside the mosque’s white walls. I bought a pair of earrings because I wasn’t prepared to leave without a piece of that town. When we boarded the bus again, I noticed a heaviness that I couldn’t place. All at once I felt riveted by my surroundings and watched through the windows with a new wonder. Suddenly green was everywhere- green shutters, green water, green hills- cushioning all those beautiful ruins with a rich depth.

Next stop was Mostar, famous for its Old Bridge on the Neretva river- a sparkling teal (green). We walked into town and hunger hit hard. Tipped by our driver, we settled on a restaurant by the water- its walls a happy seafoam (green). The owner, we learned, once Mostar’s most famous bridge diver, was now known for the region’s best chicken. We ate. We agreed.

Feeling full for the first times in days, we joined the masses on the slippery streets. There was an electricity in the air that made everything feel… alive. It was a jolt to the system and I couldn’t help but feel carried by it as we wandered among the tourists eating gelato, past artists selling their paintings, and found ourselves caught in an impromptu folk dance with a group of men a few beers in, serenading us with song, accordion, and one proposal. The current took hold and landed us in front of a string of old cameras, marking the entrance to an antique store. We made our way inside and I found a hand-carved clock on the wall, in the shape of Yugoslavia. I leaned in to look closer and lost my footing. The shelf next to me started moving. It was then that I noticed the contents of this tiny store: handguns, rifles, military helmets, shells, bulletproof vests and gasmasks, swaying gently in the heat. This place. Packed with the charge of history.

I keep thinking of that feeling, that electricity. I find myself wondering where the destruction goes when it settles—does it ever really leave? My brain keeps replaying the green… everywhere the green. Life emerging triumphantly from the voltage, from the war; symbolizing a choice to remain, to restock, to re-emerge. Something awakened from something broken.

Dear Bosnia: You have won us over. We will never forget. 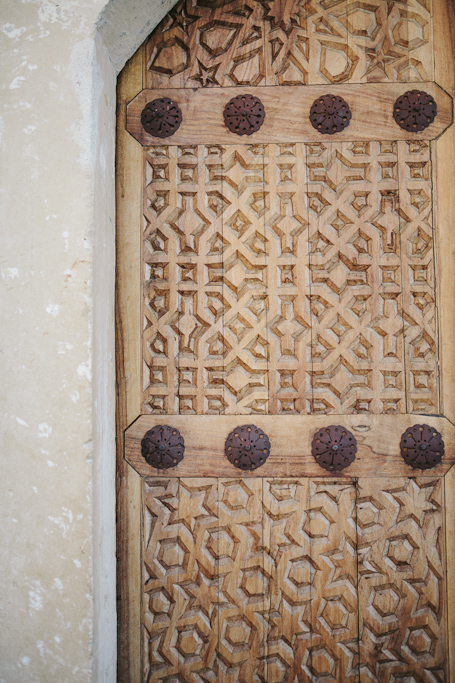 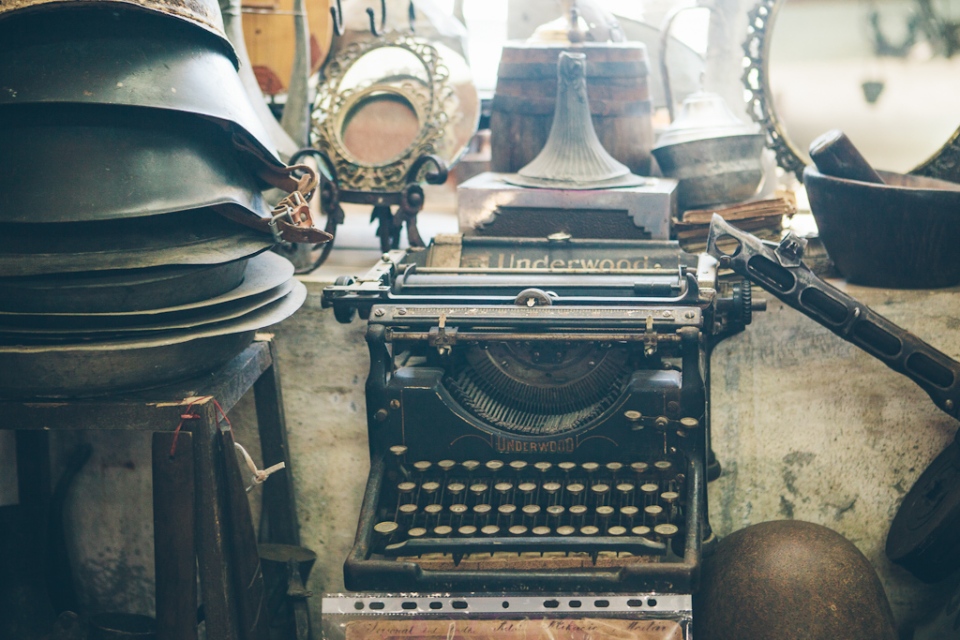 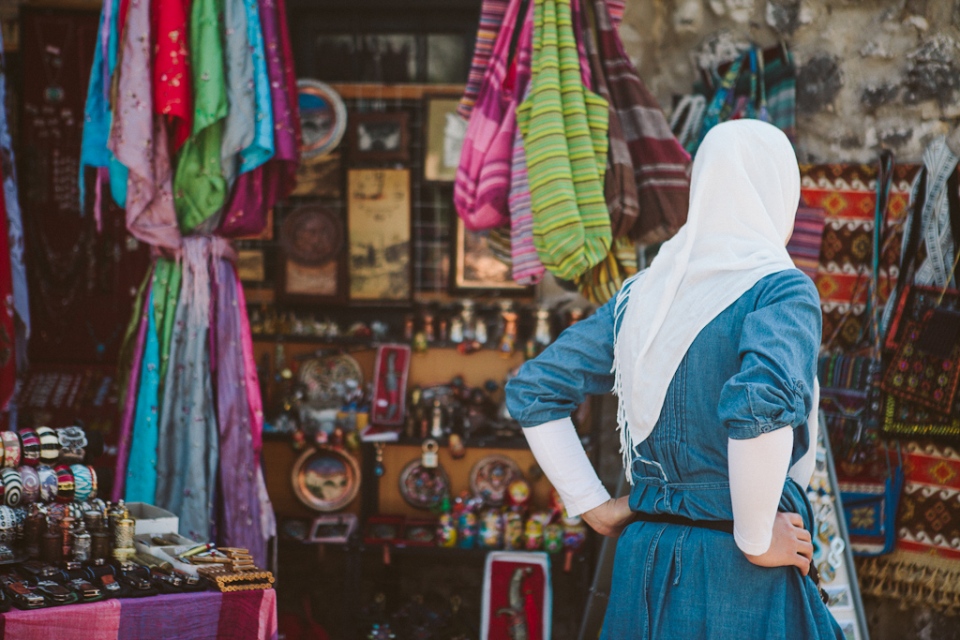 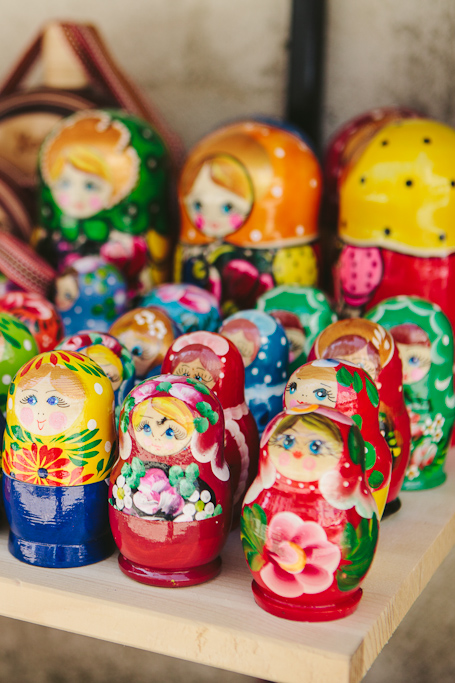 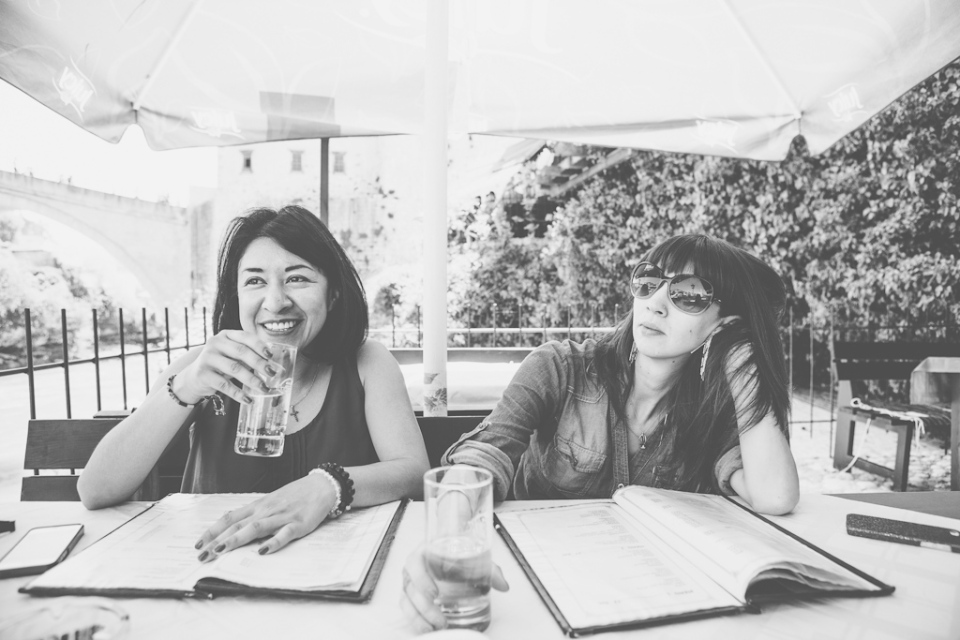 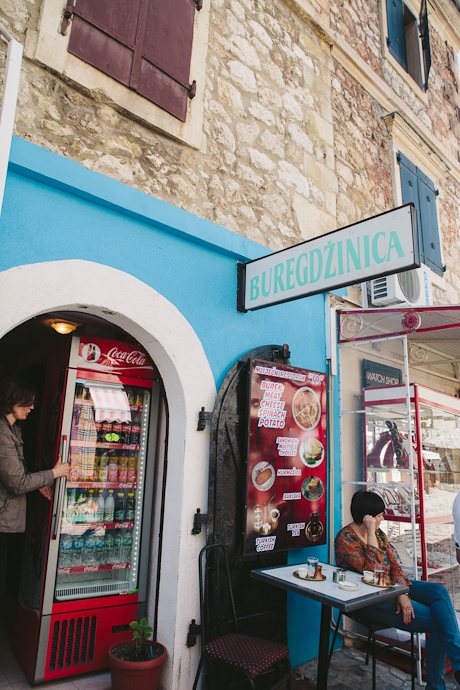 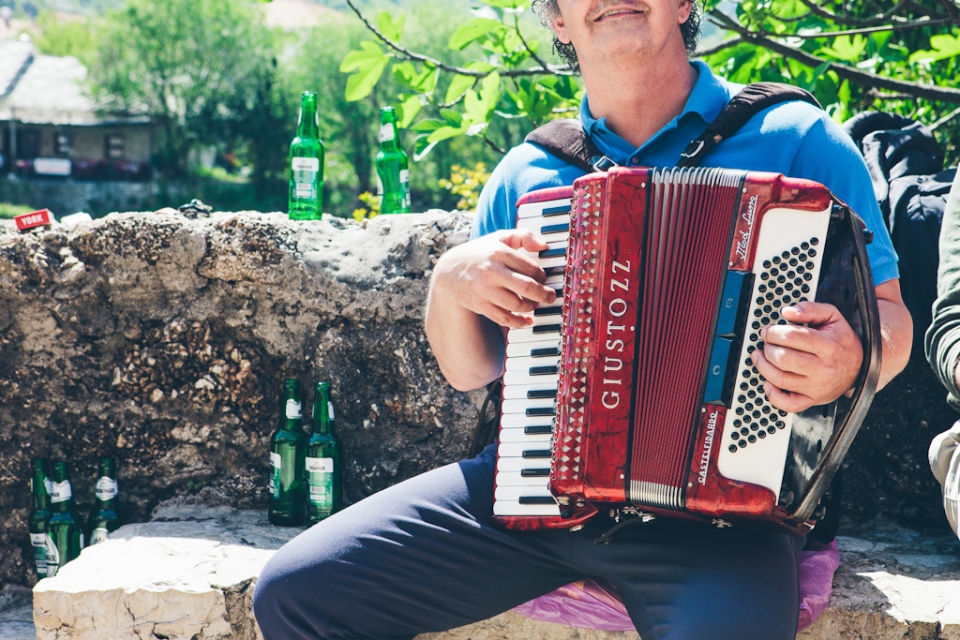 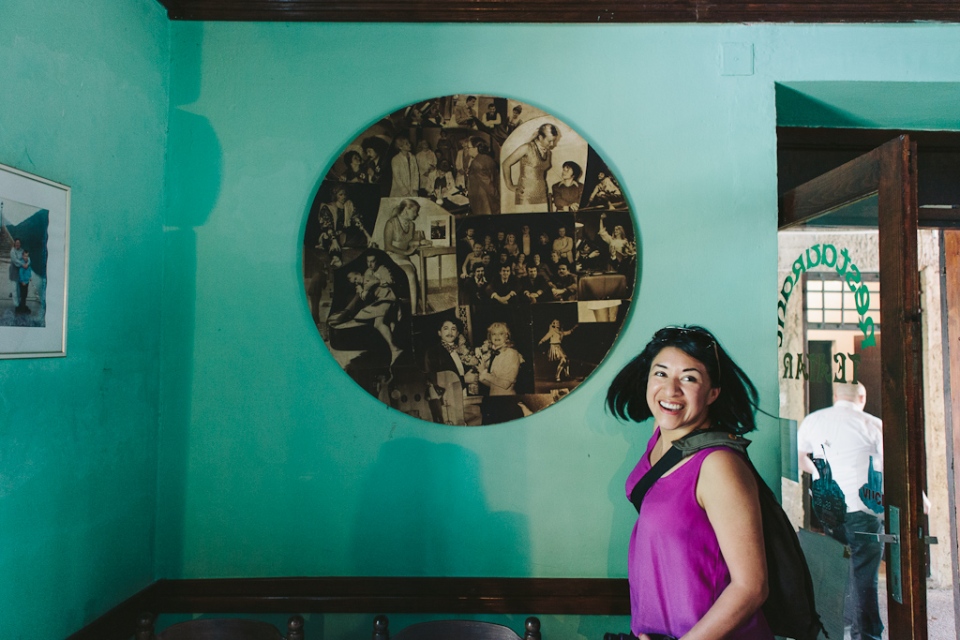