On my 9th day in Korea, my friend James offered to take me on a field trip to an old palace in the middle of Seoul. We walked through the gates and it was as if we had suddenly been marooned on ancient island in the middle of a modern city ocean. For a second I thought that I had been tele-transported back to the 1390’s, but then I felt the bottle of Vitamin Water in my hand and remembered what year it really was. We walked over the cobblestone ground and looked through the open doors of the palace, and I tried to picture a moustached king in a silky robe, commanding his people from his place on his hand-painted throne–600 years ago. I stood in front of the palace and watched the way the lines of the roof cut into the sky and I felt small and I felt young. I couldn’t even begin to imagine all the work that went into creating this masterpiece, but that is because sometimes it is hard to imagine things from six centuries ago.

In the shadow of the palace, near the museum, was a pretend Korean street with fake shops and memorabilia from the 1970’s. It was like being on the set of a movie: through the windows we saw old record players and shelves of comic books; vintage dresses and movie posters. After we pretended to use the orange phone at the booth outside the pretend coffee shop, James and I stopped to have a pretend sip of tea. There were no croissants or bagels or kimchee, but there was a nice lady at the desk of the fake shop who offered to take our picture. So although there was no cream for our coffee, there was still us and I was pretty sure that we were real and I realized in that moment that I was a little bit in love with Seoul circa 1975. 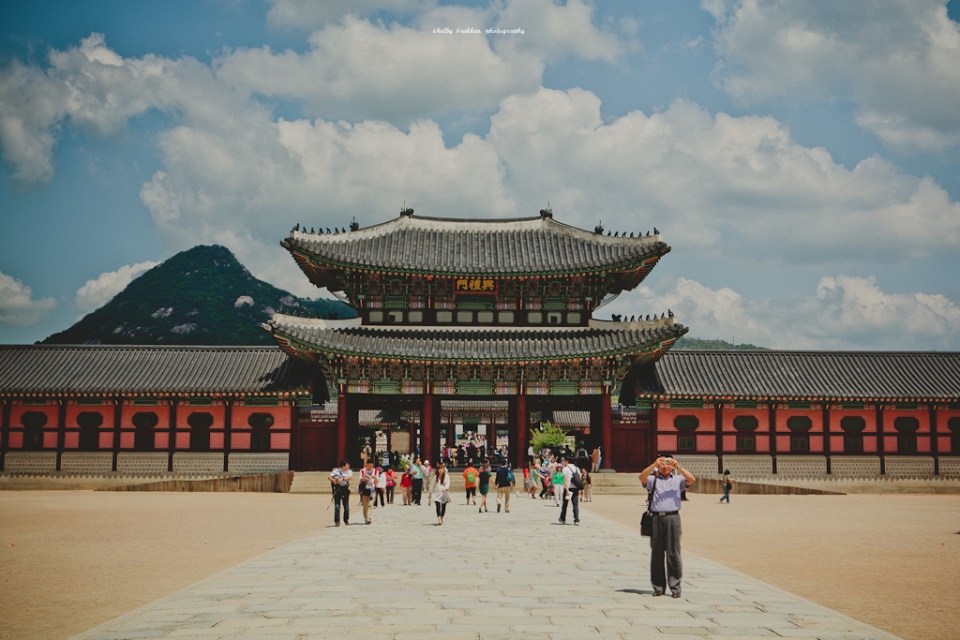 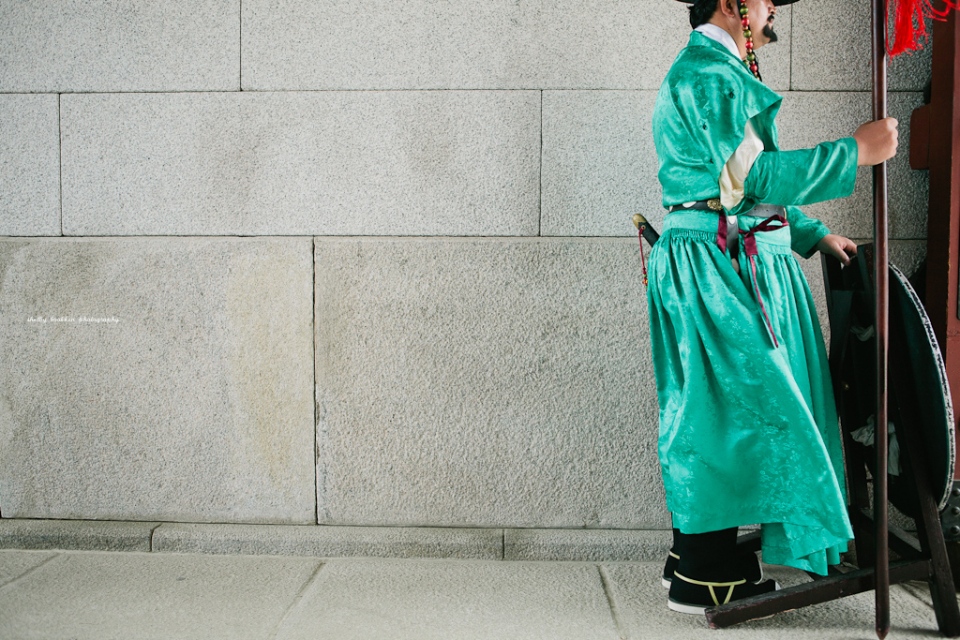 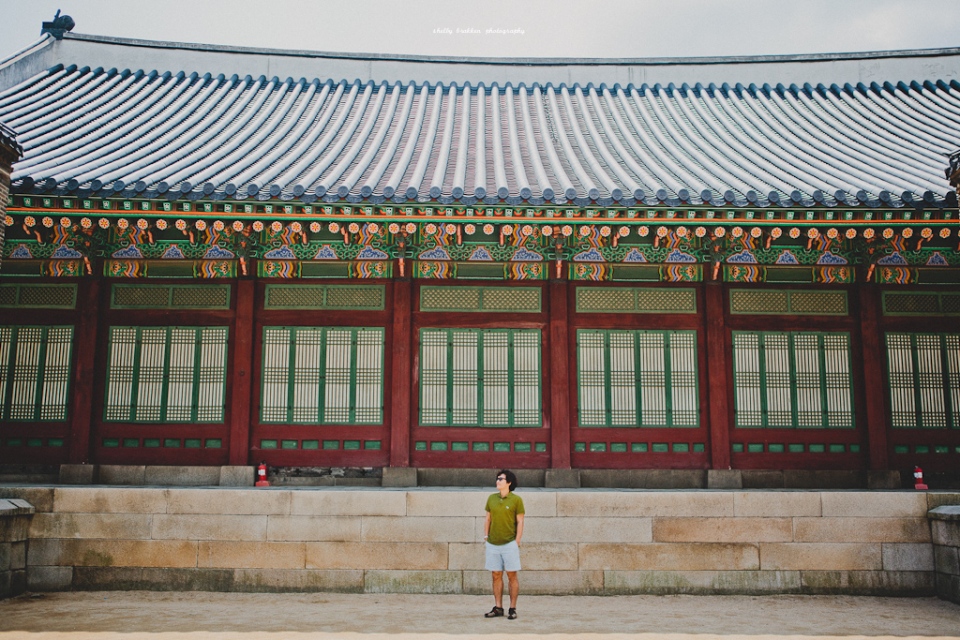 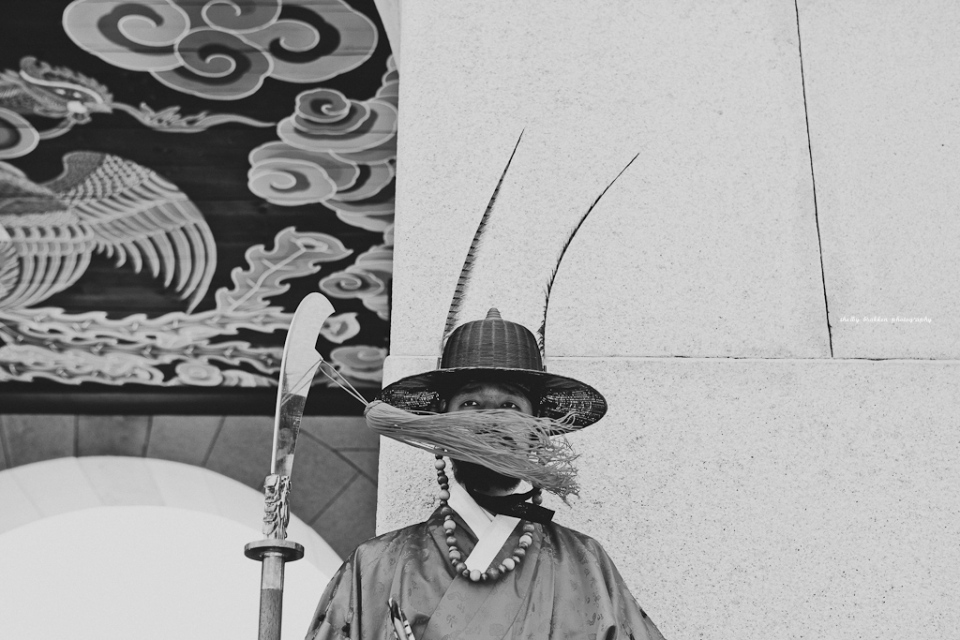 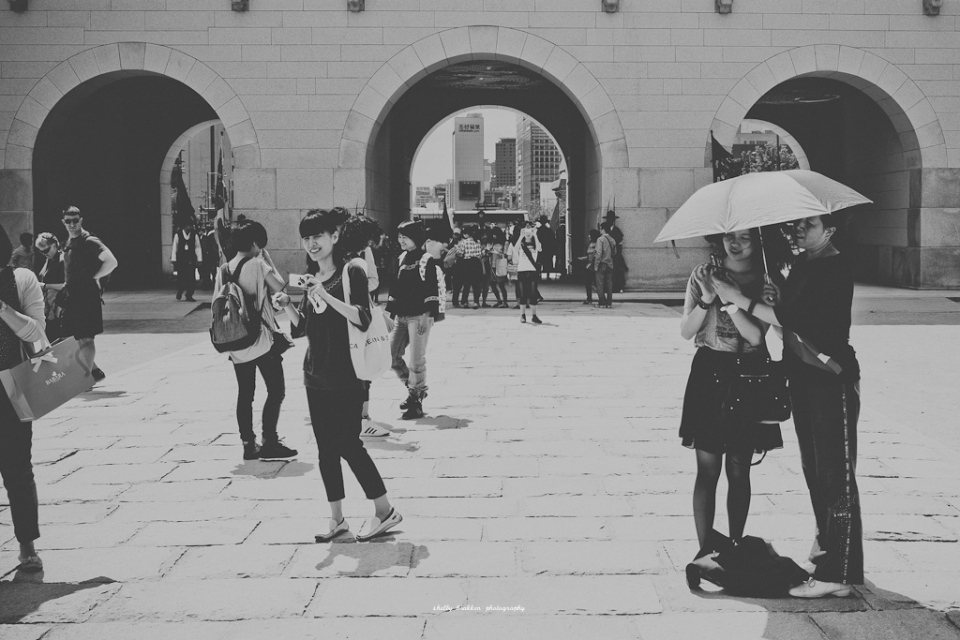 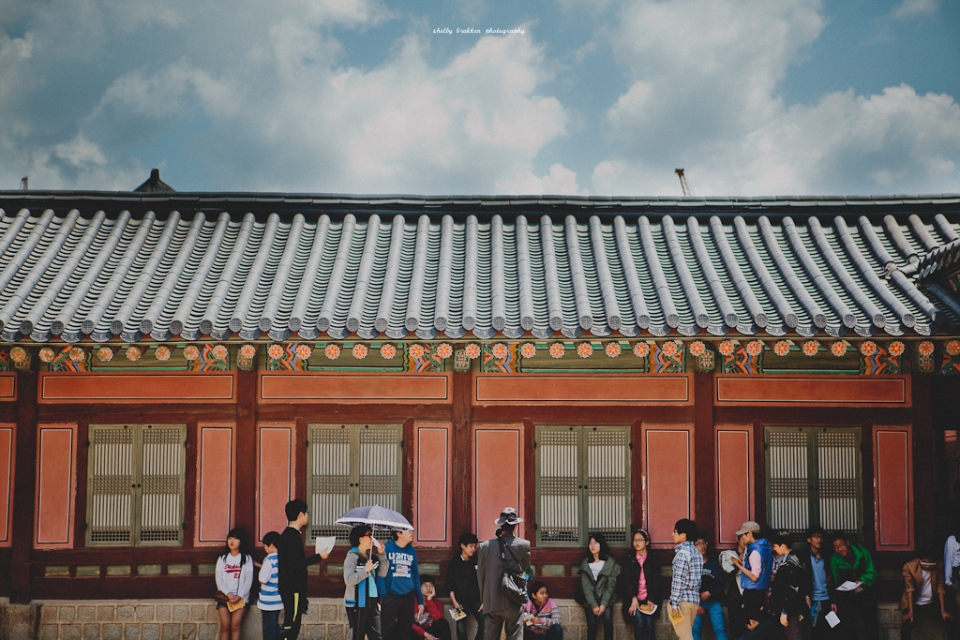 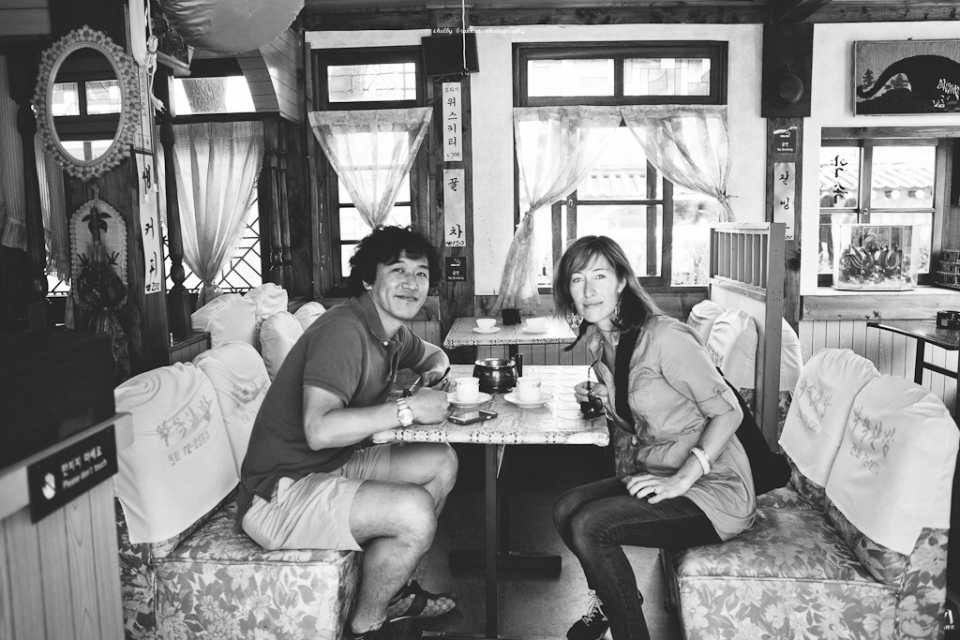 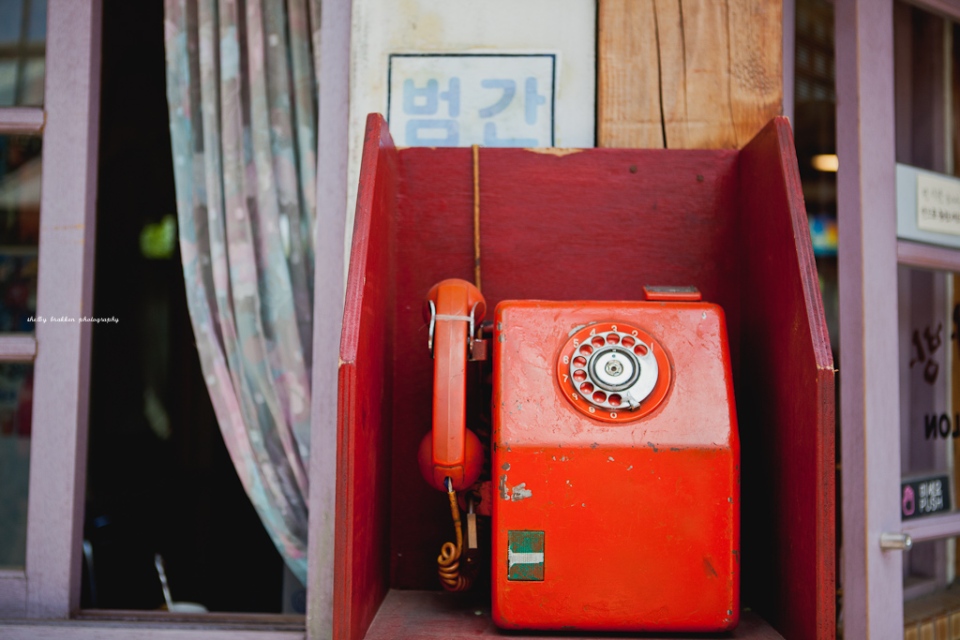